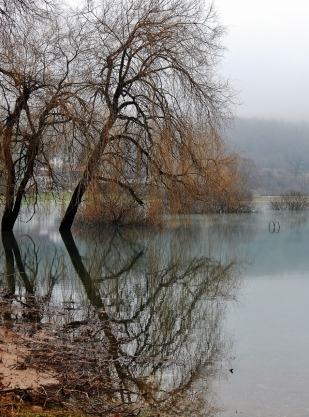 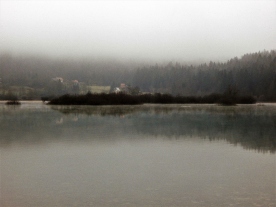 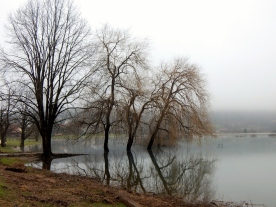 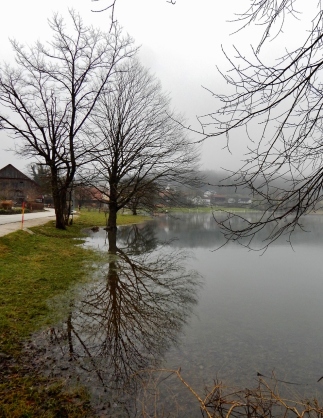 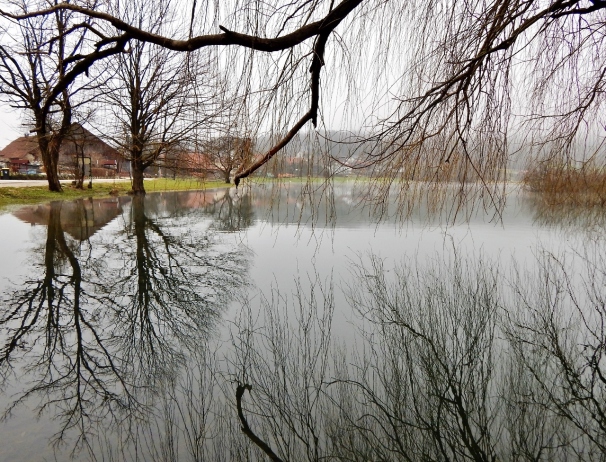 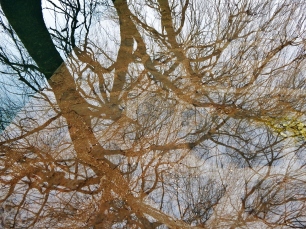 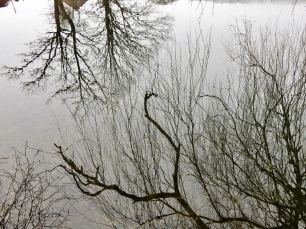 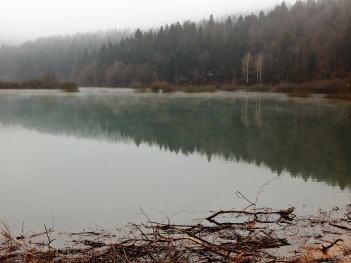 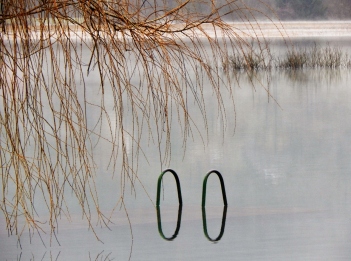 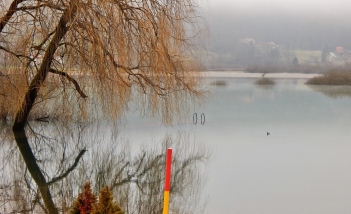 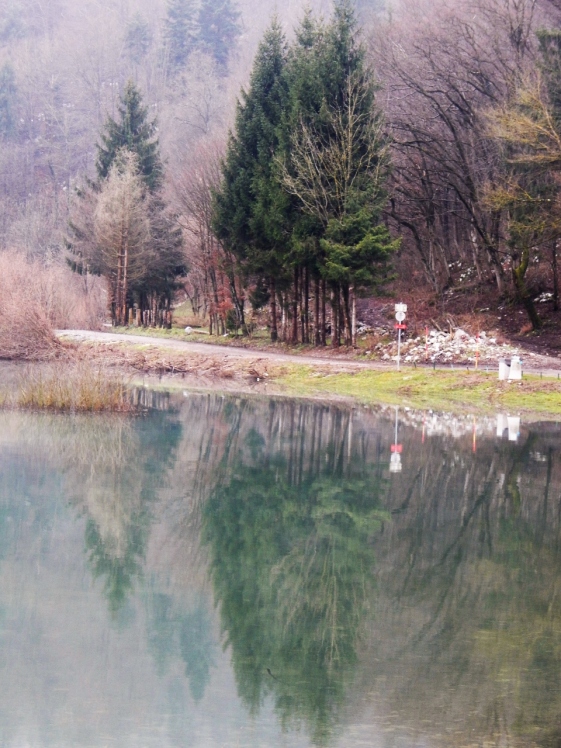 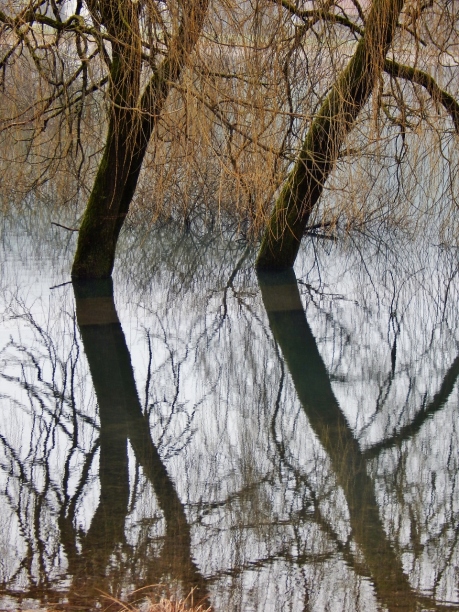 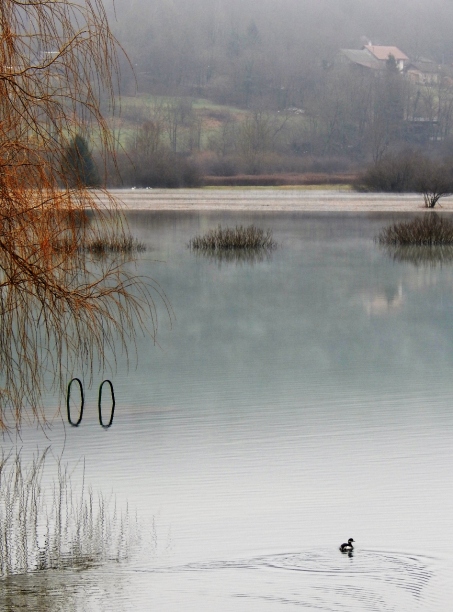 Eerie, cautionary, out of time. When water comes a-knocking.

Three weeks ago, when on a visit to my birthtown Ljubljana, the capital of Slovenia, the annual floods hit the part of the city that is built on the marshes, hence it is still called Barje, the Marshes. On the Saturday for which the sun was promised we went out to catch it. Instead we saw this. 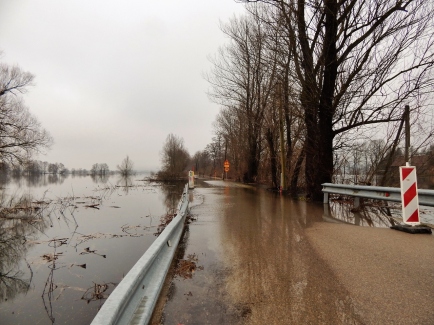 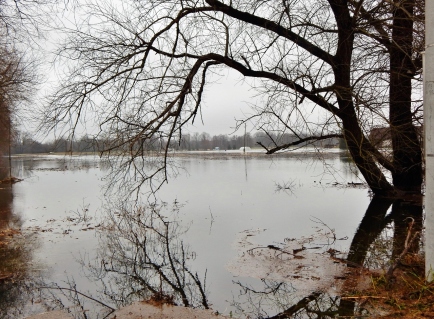 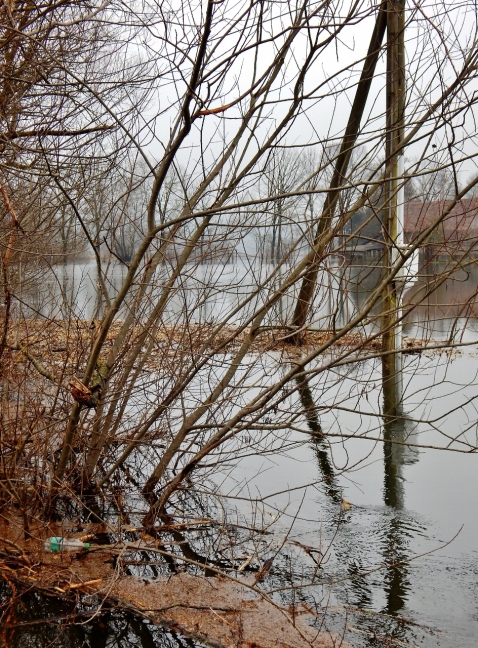 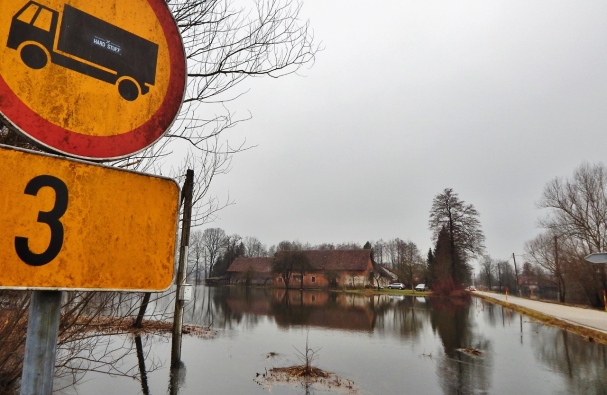 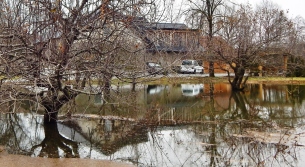 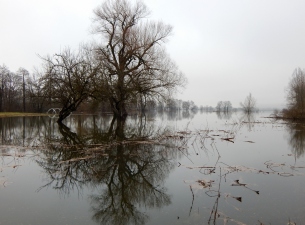 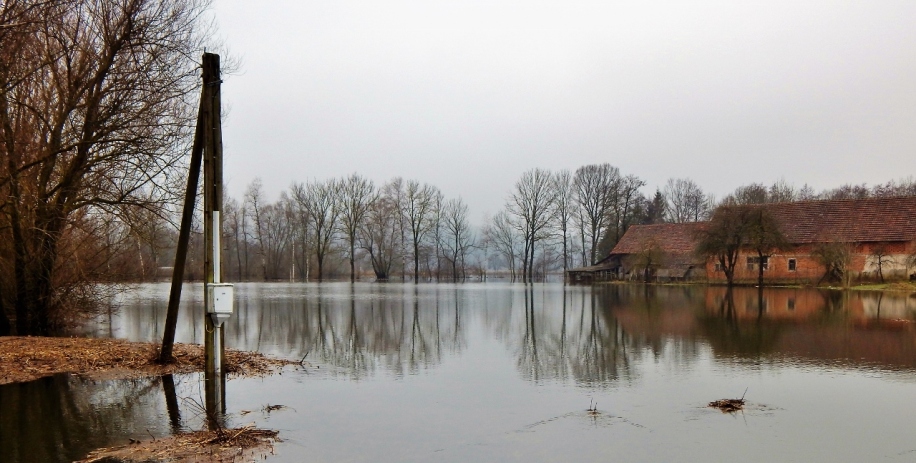 It was just a brief stop. I was extremely uncomfortable standing there and taking these pictures, no matter how beautiful it was. If I was an inhabitant of one of the houses, waiting for the water to force me outside, I wouldn’t wave at the photo tourists either.

Therefore I was a bit happier when we reached Lake Podpeč, Ljubljana’s swimming hole, where I used to swim with my first dog. What is new is that now it can be reached with a regular city bus. My guess is that now it’s even more crowded.

A story from back then: When we swam to the other side, the ground was too steep to get out. I buried my feet in the thick much at the bottom and rested a bit before returning. It was too deep for the dog though and his legs too short to reach the bottom and rest. So I held him around the belly to allow him some repose. Guess what? He didn’t buy that and continued to paddle with his paws doggy-style even while I was holding him. So cute!

The lake swelled considerably but no house seemed to be endangered. You can see where normally there are the little stairs to climb out to the pier.

We had coffee at the inn and some photo fun. All the photos from the main gallery above were taken in front of that inn. Amazing what the weather and the surface can do: turn images into paintings, no filter required.

And then a local led the way with his car and we followed him until he pointed where we much turn to reach St. Ana above the marshes, our next destination that day. In a future post you will see what all we didn’t see since the sun was still a no-show. And yet I didn’t miss it one bit.

In response to The Daily Post’s weekly photo challenge: Growth